Before Carnaval I was invited to the home of one of the choro players I had met in Larangeiras. He has a weekly rehearsal with his group Choro na Veia (choro in the vein!) and invited me to join them. It was five men, mostly retired, two over 80 years old. They had beer and snacks and extra sheet music for me to read (and to transpose of course!)

The bandolim player was 88 which means he was born the decade when choro first became popular. He wore these high waisted shorts and announced every time a certain song demanded that he stand to play. I learned that he also writes his own choro music and just finished his 1,006th one. He corrected me that he doesn't write the melodies, he 'receives' them when he's on the bus or at home hearing the rhythm of high heeled shoes walk up the stairs. The guitarists write chords to the melodies. He has written a tune for each member of their group and they played them for me. I was invites to play 'Sapatos Altos' ('High Heel Shoes') and made it through despite his illegible penmanship. I asked if he would be willing to share one of his pieces to let me bring to my group in California and they liked the idea of an intercontinental exchange. One of the guitarists said he'd send me a readable electronic copy.

They picked a lot of tunes to play that I didn't know but were apparently very important to my choro education. A few played solo pieces for me to ear. Then they asked me to play an American tune. I realized I don't know too many! What do I play for my new Brazilian musician friends, 'Louie Louie'? Actually that might have been fun. But I remembered I had a copy of 'The Entertainer' in my binder and as soon as I began they all jumped in in perfect contrapuntal harmony.

I'm feeling so grateful for these special moments I've been fortunate to have. The older guitarist who hadn't spoken or smiled much all evening gave me a compliment at the end. At least I think it was a compliment. Many times here I just fill the blanks in my comprehension with something completely imagined. I asked him to repeat it slowly since it sounded important. He said "I would like to congratulate you. It takes courage to come to a foreign country alone and seek out musical opportunities like you did. It has been an honor to play with you." I'm pretty sure that's why he said. Or maybe it was, "yeah we only invited you because we thought you were cute." Either way, the honor was also mine. 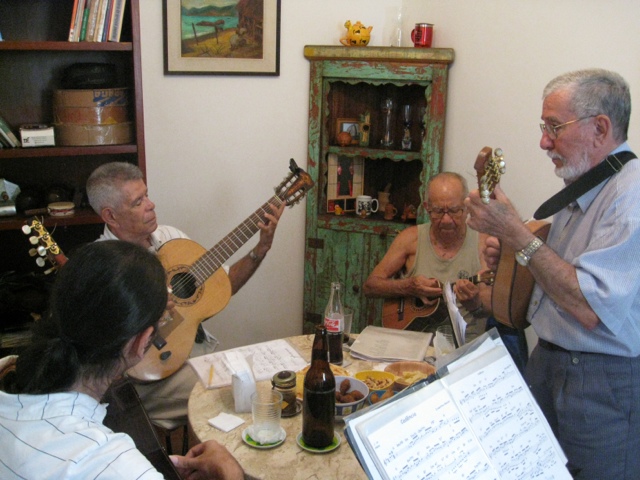 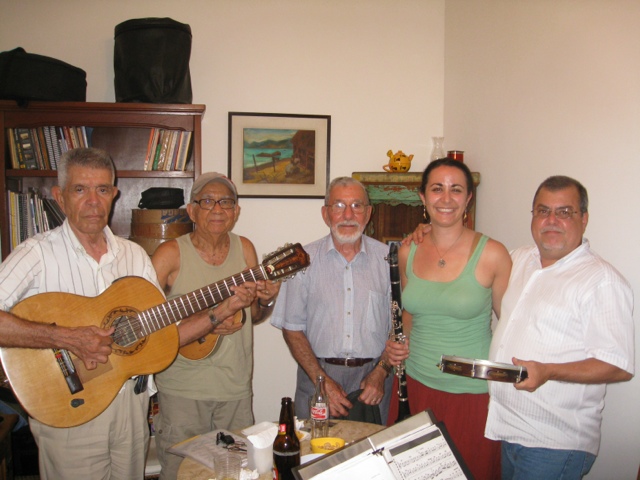