Arrival in Brazil and Bunda Jeans


I made it. I had a great week of send-offs in San Diego, and a great week with my family to whom I owe much gratitude for the last minute shopping and packing help. We had a Thanksgiving dinner together since I won't be there, and when I went into the kitchen they were listening to Christmas music and wearing New Years hats. I miss those guys so much already. Then they put me on a plane and I was finally off. I already had to speak Portuguese with my seat neighbors which was a scary but exciting sign of what was next. I went to Rio by myself almost a year ago, but this time it's going to be to multiple cities over multiple months. Some of it is planned, some of it not, and either way I look forward to see what this adventure brings. 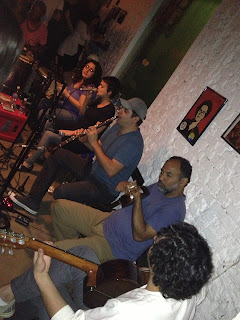 Halysson's mom picked me up at the airport with the same smile and laugh that he has. She's been a wonderful host and guide and we understand each other really well. I'm still feeling overwhelmed and disoriented and not myself, but already I've gotten to see and hear from pretty cool stuff in the last three days. The main reason for my visit to São Paulo is to study with clarinetist Alexandre Ribeiro. On Thursday I was glad to see him and touch base and he showed me around the city a bit. Just walking around we ran into the samba school Pérola Negra parading down the street! I went to see Alexandre perform choro at the totally packed bar Ó do Borogodó. Amazing musicians played from 11pm-3am. It was there that it finally hit me that I am here. I was in a bar in São Paulo dancing to choro when 48 hours prior I was in the US. Dancing there I felt less lonely and more at home. Running into Makiko and Adriana from camp didn't hurt either. Four hours of choro though and I couldn't believe I only recognized one song! 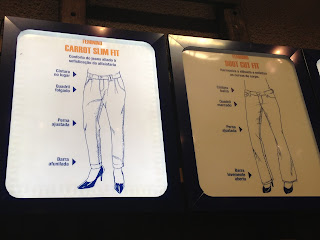 Halysson's mom has been a generous host and even offered to take me shopping when I discovered that it's actually very cold here and I have a suitcase full of skirts! So on my first full day of what will be a long stay here in Brazil, what better way to combat jet lag, homesickness, and overwhelm than to spend some time under fluorescent lighting trying on jeans? Dona Edna spoke to the ladies in the store to figure out what my size in Brazil would be. I joked that it's hard to find pants in the US because they don't fit someone with my bunda. They laughed and said I'd have no problem here. There were signs with all of the different "fits" that were all in English: skinny, boot cut, flare, carrot. Wait, carrot? I pronounced it with my best Portuguese accent and asked them "o que significa cahotchee?" but they said it doesn't mean anything. I told them it must just be English for cenoura and we pondered why someone would want to look like a carrot. I like to wear boot cut at home but was too afraid to pronounce that one. I pointed and asked the sales clerk, and it was just as I thought: bootchie-cootchie. Yes. Love this place. The trying-on process was still unpleasant but we ended up with a couple of winners. When she liked a pair, Dona Edna would smile and do this gesture like she was zipping her mouth and locking it. At least I think that was a good thing. When I decided between the two pairs, she said in Portuguese, "take them both, for your bunda!" 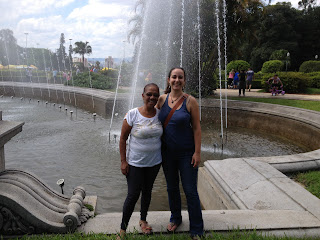