My trip was coming to an end and with lots remaining on the to-do list, the fact that I know I will return some time soon made everything feel a little less pressured. I decided to spend my last full day doing the thing I had done the least: relax at the beach all day and swim in the clear water. It was I think the best use of my time so far!

This last week I got to hear some cool samba in a refurbished mansion Clube dos Democráticos in Lapa with former colleague now traveler Kieran Cusack. I had a great chat with Phil Galinsky from Samba New York while we dined at a Lebanese restaurant in Copacabana! Some of the best sfeeha, zaatar, taboulli, kibbe after my mom's plus llive doumbek and belly dance - slight detour from local culture but I was at home.

I had a great drum shopping experience at Casa Oliveira and pledged to dedicate myself to the caixa by purchasing my own. Got to drum with Bangalafumenga again, this time in a concert along with their band plus special guest Milton Nascimento! I loved hearing the band live after their CD had provided the majority of my personal soundtrack leading up to my trip. Seeing Milton up close was awesome.

More choro at an outdoor market with a very nice group Pixin Bodega. I hung out and jammed with the guitarist later to some of his original songs. I shopped at the Hippie Market in Ipanema with Pauline Serrano and heard samba stories from Portland including her rad all-girl group Samba Gata. Then I finally got to meet Paul whose family I knew as a kid and whose room I first stayed in here.

I'm glad to have experienced a once in a lifetime experience of the spectacle and folia in Rio but it was exhausting. Without a regular schedule and plenty of what Rebecca calls FOMO (fear of missing out) I didn't get much sleep. The rooster outside my window that sounded like the yellow guy from Angry Birds didn't help either. I had a blast but I also look forward to returning at a time when there are fewer tourists and more opportunities for music.

The returning part is still vague. I would like to come back in the next year and stay for six months or so. I was hoping for some inspiration on this trip in terms of future possibilities. I was pretty much bombarded by inspiration but it's still just chaos in my head waiting to be sorted out in its own time. If anything on this trip, I became more familiar with the city and made friends which is more important than anything. It feels more like a real place and a home I could go back to for a while.

I've been feeling so much gratitude for the opportunity of this trip and the people who helped me along the way. I knew a great deal of vocab from singing Brazilian songs with my friend and Portuguese teacher Claudia. I received lots of encouraging emails and facebook posts from friends, especially my Mom and Kristin and Sylvie. I got to video skype with my family and Ryan and they all showed up wearing carnaval masks. My Carioca friend Leo and his dad drove all the way to the airport both times. My colleagues at work took care of so much in my absence. I'm grateful for my Brazil camp friends who were happy to meet up and share information. I'm grateful to you who read my blog and shared your thoughts and stories. I'm grateful for a safe trip with nothing lost or stolen and, except for a few hundred mosquito bites, I never got hurt or sick. Most of all I am grateful for my poor f'ing flat feet who stayed with me through blisters, mosquitos, cobblestones, standing, and dancing throughout this adventure.

On the drive to the airport, there it was, the Cristo Redentor up on the hill, reminding me that eu vou voltar. 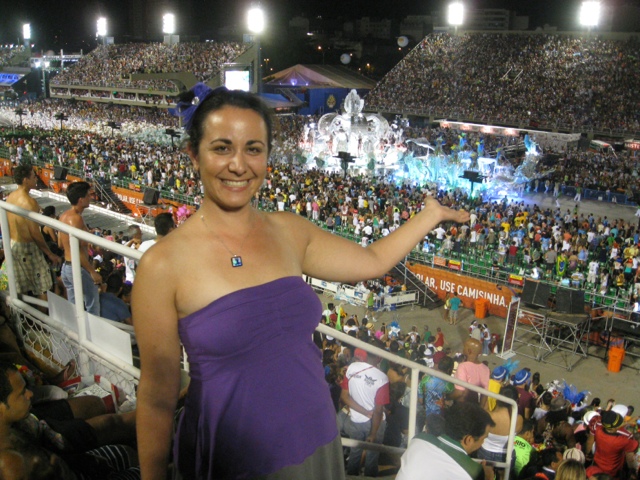 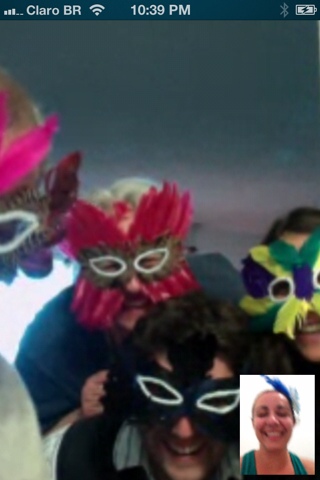